What is Virtual Reality Technology ?

Virtual reality are two words that we hear more and more of Now a days. I dare assume that many of us have a vague idea of what this technology actually is, and to be honest, prior to experiencing the XIS7 Virtual Reality World a few months ago, I was also oblivious to the wonders of this amazing technology. In today’s age of the Internet, reliable information is instantly available, so a lack of knowledge is an excuse and ignorance is a personal choice. However, I do believe that unless you belong to a generation that grew up with the Internet and personally experienced online gaming, virtual reality has not yet had an impact on your life, so the need to explore this topic was more than likely unnecessary until now.

What’s the definition of Virtual Reality

The oxford dictionary defines the virtual reality as a computer-generated simulation of a three-dimensional image/picture or environment that can be interacted with in a seemingly real or physical way by a person using special electronic equipment such as a helmet with a screen inside or gloves fitted with sensors. Well, that seems understandable, although I’m doubtful as to whether you are able to truly grasp what is meant unless you have personally experienced VR

Check out full informative page on Technology, where you will get a clear idea and updates related to the world of Technology

I had no expectations, although I admittedly assumed it would be similar to watching a 3D movie in the cinema. How wrong I was! Once Fabio had positioned the VR glasses on my head and had placed a control in each hand, I was totally immersed in a beach scene with grass swaying at my feet. Waves gently crashed on a beautiful beach stretched before me. A breeze rustled the palm leaves and although everything was silent, my ears imagined what my eyes vividly saw. It was pure bliss! “Do you want to go up?”, Fabio asked. Sure! Before I knew it, I was surrounded by clouds and endless blue skies, which was amazing until my gaze wandered below. “Put me down!”, I screeched. Even though both my feet were on the floor in real life, I was overwhelmed by the frightening sensation of being suspended in the air, and this feeling was so realistic that all my senses and perception were bluffed.
My next experience of suspension was from the top of a high mountain and was less intimidating, yet just as scary. Yes, I would do it again. It was an exhilarating and extremely authentic experience. My fascination led me to do some research on this technology and what I discovered surprised me. What many do not know is that virtual reality has been around for decades and although basic in comparison to the advanced technologies of today, the first experiences were in a flight simulator called the Link Trainer that Edwin A. Link patented in 1929. The United States Army Air Force made use of this technology to train five hundred thousand pilots in bad weather conditions and to prepare them for combat in World War II. In 1962, Morton Heilig, a filmmaker, patented the sensorama. This cabinet immersed people into a realistic experience with all their senses stimulated while they watched one of the six films he had produced.

In 1968, the first virtual reality headset that was connected to a computer and not a camera was created by Ivan Sutherland, a computer scientist at the Massachusetts Institute of Technology. This headset was called the Sword of Damocles and was a heavy contraption that was suspended from the ceiling. Besides having to be strapped in, the headset was too heavy for a person to wear comfortably. Ivan Sutherland was also known as the father of computer graphics. Improvements and breakthroughs continued throughout the years, although the use of this technology was generally reserved for companies and institutions that either had the funds or the financial investors to take the research and development of this technology to the next levels. NASA first made use of virtual reality to train the astronauts in 1989. 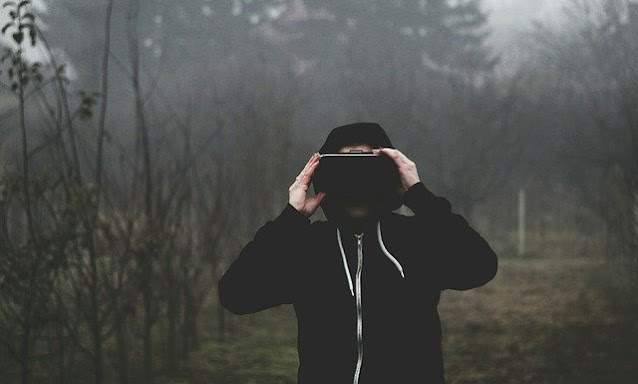 The Virtuality Group launched a range of arcade games and machines in 1991 that could have more than one player enjoy real-time games with joysticks and stereoscopic visors. The Sega VR headset was released for the Sega Genesis console in 1993. This headset had head tracking with inertial sensors, liquid crystal display screens in visors and stereo headphones. Virtual reality has been in medicine since the 2000s. The first VR surgery was held on the 14th of April 2016 in the Royal London Hospital. In 2007, Google Maps and Google Earth provided everyone with a virtual representation of their surroundings. By 2014, the potential of virtual reality was obvious when Google introduced Google box.
Samsung Electronics released the Samsung Gear VR and Facebook bought Oculus Rift. Headsets became cheaper and computers were able to handle the technology far better than in the 90s. Companies invested large amounts to implement virtual reality in the gaming and entertainment industry because that was, and still is, where lots of money is to be made. By 2016, at least 230 companies, including: Amazon, Apple, Facebook, Google, Microsoft, Sony, and Samsung either invested in or had their own teams working on VR technology. Fast forward to 2020! General awareness will become inevitable, especially as we enter a new decade and virtual reality (VR) augmented reality (AR) and extended reality (XR), which is a combination of both, will become the key technology trends in 2020.
According to Forbes, spending on these technologies will increase by 78.5% this year. This technology will become a major part of daily life, and will shift from the gaming and entertainment industry to mainstream and commerce. Businesses realised the potential of virtual reality, especially with the generation of consumers thirsty for online experiences. Virtual reality worlds are known as metaverses and actually exist nowadays. It is not only possible to visit such worlds, but real estate property can also be purchased in these metaverses. Just as it is in the real world, this real estate is an investment that becomes more valuable as prices increase and property becomes scarce. The XIS7 Virtual Reality World has real estate that can be purchased to design and create online shops that will give consumers realistic shopping experiences from the comfort of their home.

The XIS7 Virtual Reality World is not only for businesses but for anyone who wishes to build up their own business, design their own office for potential customers, hire out their spaces or just have personal space to meet up with friends that may be scattered around the world. Just when you thought you were starting to understand virtual reality, I bring metaverses into the picture.
0